NOW AVAILABLE TO OWN

From the darkest depths of the Florida everglades comes the shocking true story of William Grefé, one of the most renegade 'independent' filmmakers in American history. His credits include many drive-in era classics, including "DEATH CURSE OF TARTU", "WILD REBELS", "THE HOOKED GENERATION", "STANLEY", "IMPULSE" (starring William Shatner), and "MAKO: JAWS OF DEATH" (1976). Learn more!

After a long hiatus, Ballyhoo Motion Pictures and filmmaker Daniel Griffith are pleased to announce that the all-new feature-length documentary, "They Came From The Swamp: The Films of William Grefé", is NOW AVAILABLE on a Special 'Limited' Edition DVD! Featuring the home video premiere of the WIDESCREEN version of "Whiskey Mountain"!

Just in time for the Drive-In theater season, the two-disc Limited Edition DVD release of "They Came From The Swamp: The Films of William Grefé" is NOW AVAILABLE to own, thru the Diabolik DVD online store. Check back for more details, including Special Offers on 'Swamp Swag' and other EXCLUSIVE merchandise! 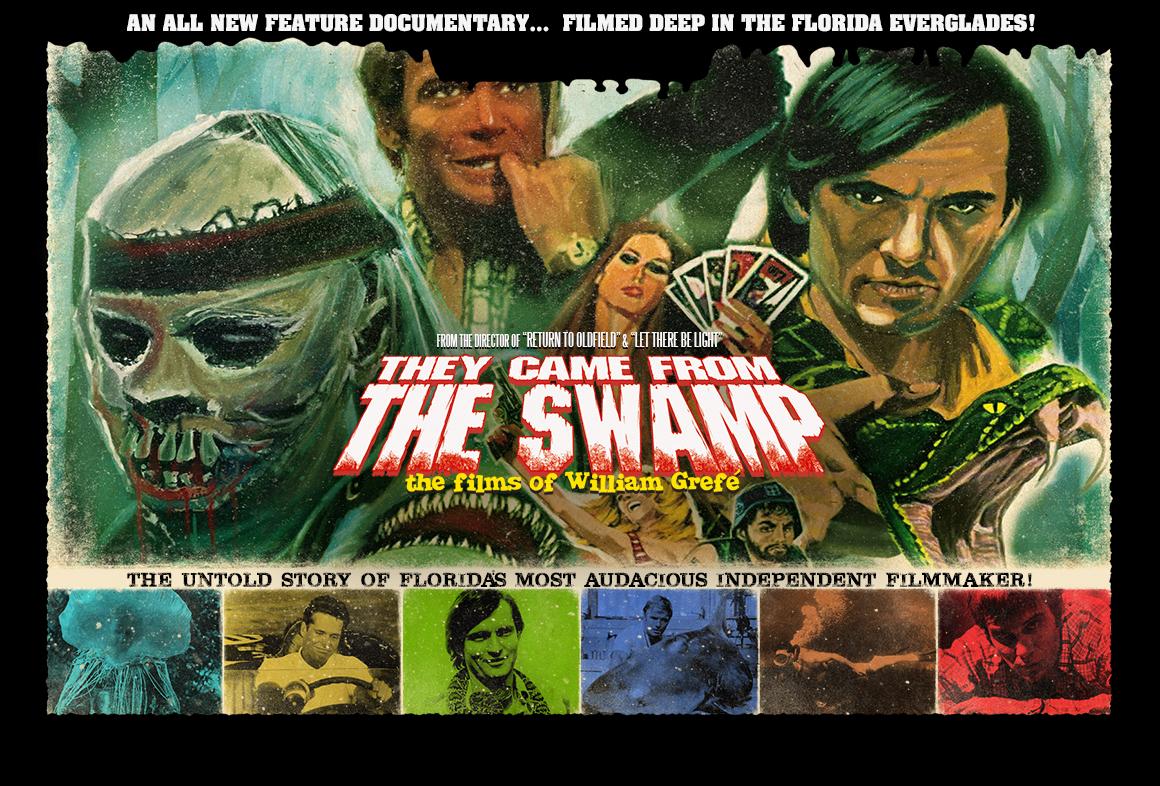